Though dogs have been hanging out with us humans for at least 16,000 years, we know surprisingly little about them, especially when it comes to their emotions. Just last month, researchers found that hugging your dog can sometimes stress the crap out of them, and now a new study suggests that your dog might actually stop trusting you when you’re mad.

It’s news to exactly no one that dogs can read our emotions, but this is the first time that researchers have looked into how our canine friends actually respond to our changing moods, and things don’t look good, especially if you get upset easily.

For the study, psychology professor Ross Flom from Brigham Young University conducted two experiments where he examined how dogs reacted to both positive and negative emotions.

First, he watched how dogs reacted to a pointing gesture while the person pointing acted happy. Next, he observed the dogs’ reactions to a person using an angry tone while pointing.

When the person pointed to an area, the dog would know to explore it to find whatever the person was pointing at. This action, according to Flom, shows that the dog trusts the person enough to explore an unknown area for the first time. Based on how fast the dog reacted to this cue, Flom was able to determine its level of trust.

When all was said and done, he found that the dogs delayed their reactions when the pointer was visibly angry. This suggests that dogs do not trust their human masters as much when they’re perceived to be mad. Flom also reports that, compared to the control group, positive vocal cues did not increase the dog’s reaction times, but negative emotions significantly delayed them.

Flom concludes that dogs use our tone and emotion to determine how fast to follow an order. The strange thing is that, even if the speaker is angry, the dog will always follow the pointing gesture, which you can see in the video below:

As Flom puts it:

“Together these results suggest that the addition of affective information does not significantly increase or decrease dogs’ point-following behaviour. Rather these results demonstrate that the presence or absence of affective expressions influences a dogs’ exploratory behaviour and the presence or absence of reward affects whether they will follow an unfamiliar adult’s attention-directing gesture.”

So what’s the takeaway here? Well, for us everyday dog owners, the real lesson is that if you want your dog to react to your commands as fast as possible, you should speak to them in a normal or happy tone. Otherwise, the response is delayed, because you’re probably freaking it out a bit with your grumpy voice.

The study also hints at just how close a bond humans have with their dogs. In fact, this has been the subject of many recent studies. Last year, researchers working the US Centres for Disease Control and Prevention (CDC) found that dogs can significantly lower stress and anxiety levels in children, and another study found that dogs are capable of acts of kindness to those they are familiar with.

As research continues, we’ll hopefully understand more and more about how our furry friends navigate the world at our side.

This article was originally published by Science Alert. 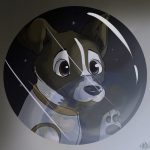 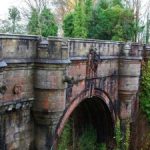